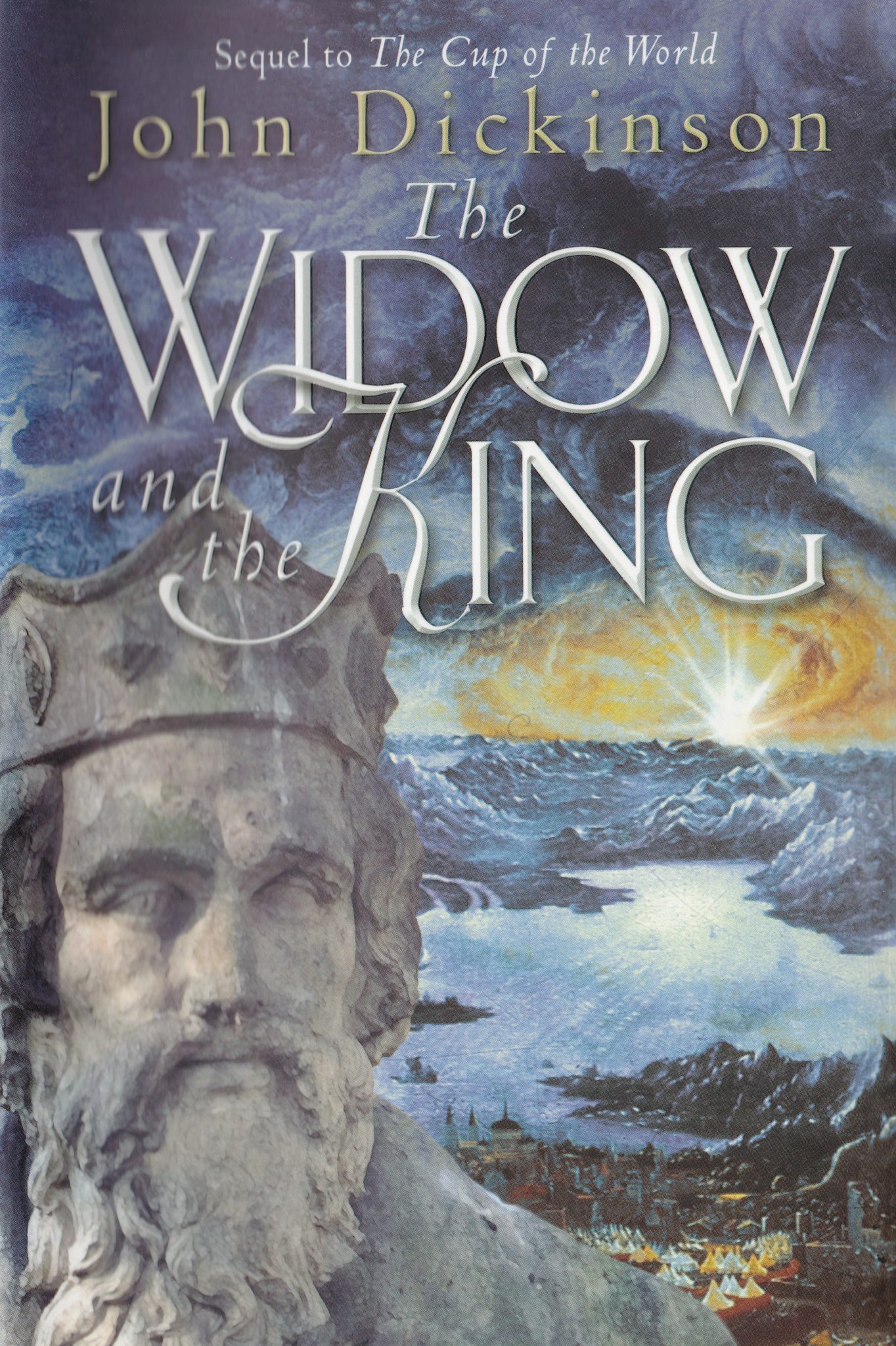 “A man came among the mountains, hunting his son with a sword.”

The Widow and the King – Plot Summary

Ambrose, the son born to Phaedra in The Cup of the World, inherits his mother’s feud with the ancient Prince Paigan. When Paigan is freed from his captivity, Ambrose must flee across a wasted land to the castle of the Widow of Develin. There he meets Sophia, the Widow’s daughter, and Chawlin, a young man who has faced Paigan in the past and is tortured by the memory.

When the enemy comes to Develin the three must flee again. In the wilderness, among bandits and shadows, they must find the strength to endure, to forgive, and to learn what it means to be King. (Look this up on Amazon US or UK)

“High above the usual level of fantasy” (The Times) If you want to see what they mean,  let’s go to…

On writing The Widow and the King

A feud between father and son is the ultimate evil, the state of absolute despair. The man must destroy the only part of himself that could endure. It is not a thing from which he can release himself by forgiving his son. The act of forgiving is too great a surrender. He cannot escape his fate by himself. How then can he be saved?

This sub-plot, with which the novel opens, illustrates the working of evil in this world – by a bitter, self-nourishing cycle of temptation, betrayal and violence. The story tests various responses to this evil. The Widow embodies one such answer. Violence, of course, is another. Neither succeed. Ambrose’s quest is to find the answer that will.

The Widow and The King is an unintended sequel. I hadn’t planned that there should be one. But I finished The Cup of the World with a prophecy (a necessary device, at the time). Prophecies are powerful things. They demand that their story be told. They tell you what will happen, but they do not tell you how or why. That’s for the writer, and the reader, to find out.

And yes, this book too finishes with a prophecy, of sorts. I just couldn’t help it.