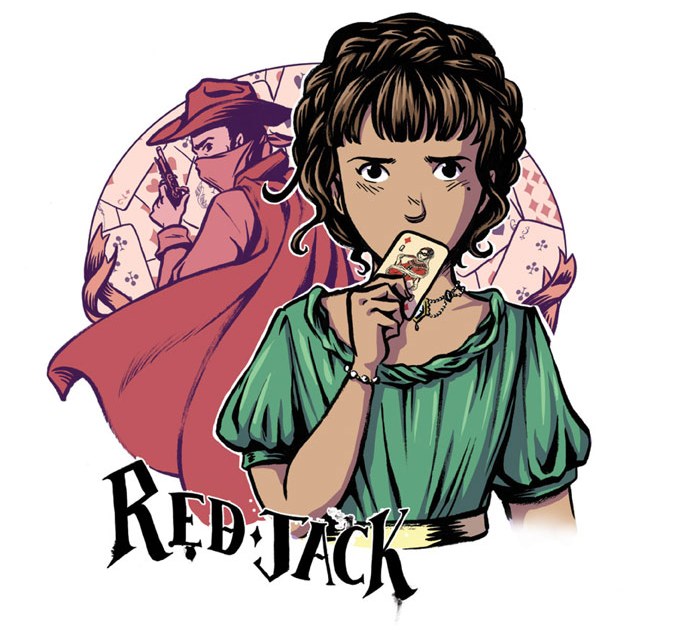 “Cards are important in our country…”

A small kingdom is in the grip of a merciless tyrant.  Young Christine Herzing is determined to defy him.  Yet the streets are full of his soldiers and the shadows are full of his spies.  All who oppose him are crushed.  In this gem of life and death, Christine has only her courage, her skill at cards, and one mysterious ally whom some call “Red Jack.”

Red Jack was serialised in graphic form in The Phoenix Comic from June 2014 to June 2015, with illustrations by Sally Jane Thompson. It’s a stirring, emotional  tale of intrigue and high adventure.   My next project is to write it up as a full length novel. Or maybe that’s next-but-one. More soon.

The Phoenix Comic is a great way to encourage young readers.