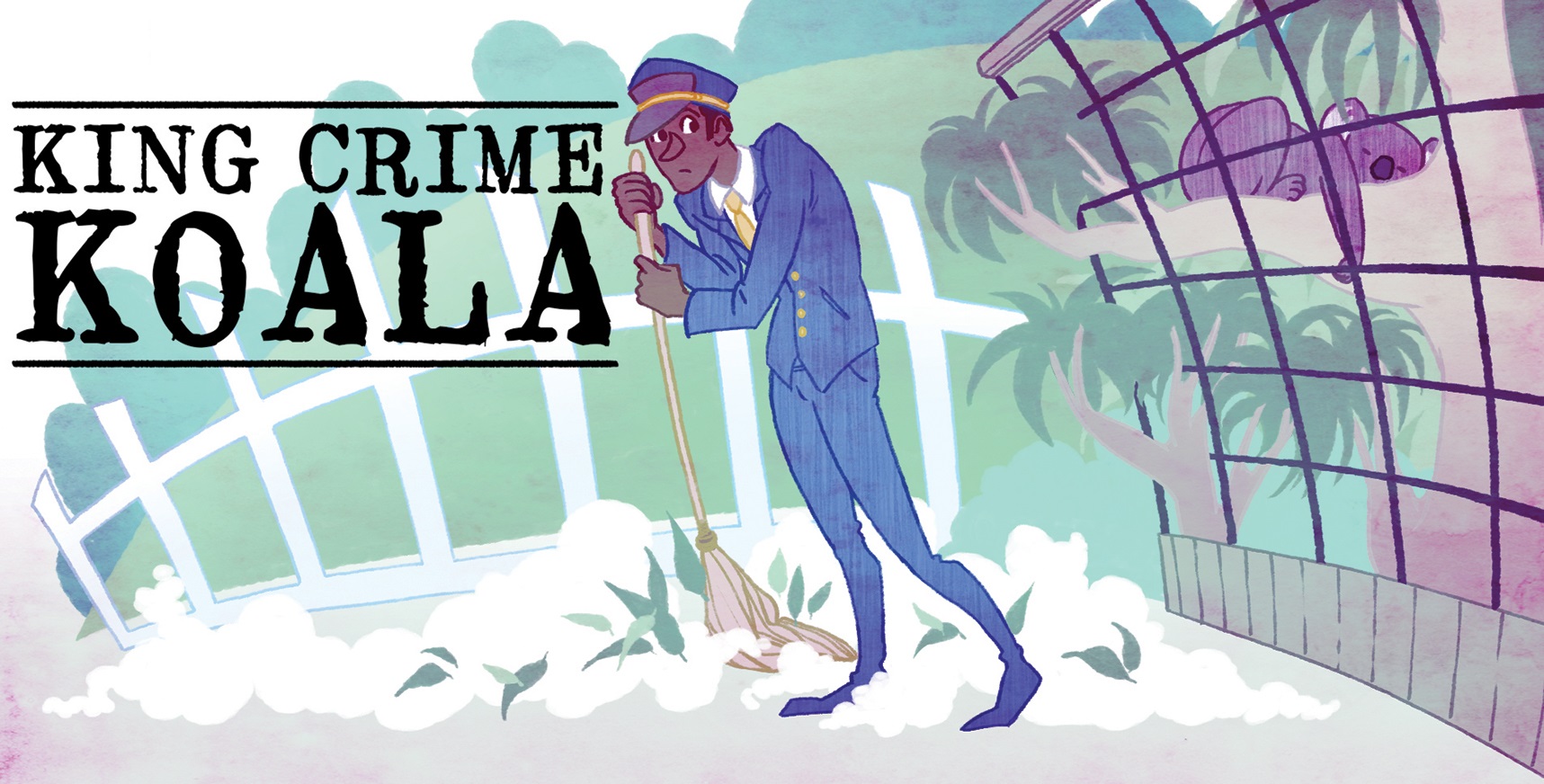 The Koala looks like a big teddy bear. It’s got thick fur, tufty ears and a little black nose.  And it always seems fast asleep. You couldn’t think of anything more cute than a koala.

But here’s a secret.  Koalas rule the world.

Lots of people, people like dictators and bankers and the owners of Premier League Football Clubs, think they rule the world.  But koalas really do.  And be careful you don’t tell anyone.  Because if you ever did…

There was once a zookeeper.  He was very proud because his zoo had a koala. He swept out its cage every day and replaced the old gum-tree leaves with new ones.  He was careful not to disturb the koala, which always seemed half asleep.

Once, when he was wheeling the leaves away, a gust blew some of them off his barrow.  He bent to pick them up.  He looked at them closely.  They had rows of neat little letters on them.  When he read them he went all cold, as if the summer had suddenly run off to hide in Australia. 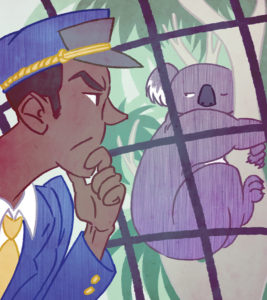 He looked back at the koala’s cage.  The koala’s eyes were tight shut.  At least, they seemed to be.

The keeper hurried off with his barrow.  As soon as he was out of sight he searched through it carefully.  He took all the leaves with writing and read them.  Then he went to the police.

“My koala is in league with organised criminals!” he said.  “It’s been writing letters to drug barons in Mexico!”

The police looked at the letters.  “This koala of yours,” they said. “Where is it now?”

“In its cage. You must come and arrest it!” said the keeper.

“If it’s in its cage,” laughed the police, “we don’t need to do anything.  It’s behind bars already, ho-ho!”

“Nothing to worry about,” said the police.  They smiled.

The keeper hesitated.  He was suddenly not so sure about that cage.  After all, he could get in… Could the koala get out?  Koalas who wrote to drug barons in Mexico might have secret keys.  They might have friends who let them out whenever they wanted…

He shivered.  He did not like the way the police were smiling.  It made them look sleepy.  In fact, it reminded him of someone.

He hurried through the streets of the city with an uneasy feeling that he was being watched.  He went to the BBC.

“My koala is secretly running the country!” he said to the journalists and TV presenters. “Here are its letters telling the Prime Minister to declare war on kangaroos.  It controls the police as well!”

“My koala is secretly running the country!” he said to the journalists and TV presenters. “Here are its letters telling the Prime Minister to declare war on kangaroos.  It controls the police as well!”

The journalists looked at the letters.  “Shocking,” they said.  “The police should know better.”

“Though it’s no surprise about the Prime Minister,” added one.

“You must tell the people!” said the keeper.

The keeper saw one of the TV people quietly passing an envelope to another, who took banknotes out of it and started to count them.  The envelope seemed to be made of gum-tree leaves.

Evening was coming on.  He walked quickly through the streets, looking over his shoulder.  He was almost sure that someone was following him.

He went to the army.

“My koala is plotting against civilisation!” he said to the generals.  “Look, here are letters it has written to dictators and bankers and the owners of Premier League Football Clubs!”

“Nice handwriting, though,” they added.  “For a koala.”

“Its cage is an international criminal headquarters!” cried the keeper.  “It controls the police and the BBC and all the country.  Only the army can save the day!”

“Unfortunately the army’s in Australia,” said the generals.  “Spot of bother with the kangaroos. But we’ll have them home by Christmas. And then there’ll be nothing to worry about.”

They looked at the keeper.

He knew that look.  He knew that smile.  He ran all the way home, locked his door and stood in his front room, trembling. 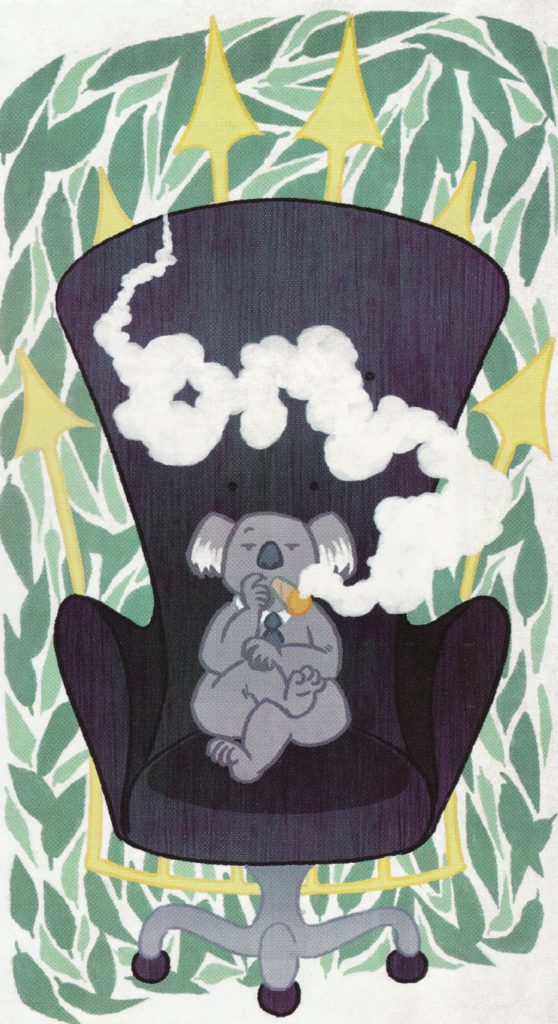 Then his big, comfy swivel chair swung around.

“Ah, good evening, Mr Keeper,” said the koala sleepily. “I have been expecting you…”

The keeper was never seen again.  His neighbours found a letter on the mantelpiece in his handwriting explaining that he had gone away.  The letter was written on gum-tree leaves.  The police said there was nothing to worry about.

That koala rules the world. And everyone in it.

The cage is around you.